The urgent need for education and awareness about mitochondrial disease.

Delayed diagnosis, misdiagnosis, and no cure or disease modifying treatments – children living with mitochondrial disease face all the issues often associated with rare diseases. It’s a problem that Michelle Bamber, whose two little girls both have the life-limiting condition, knows only too well. 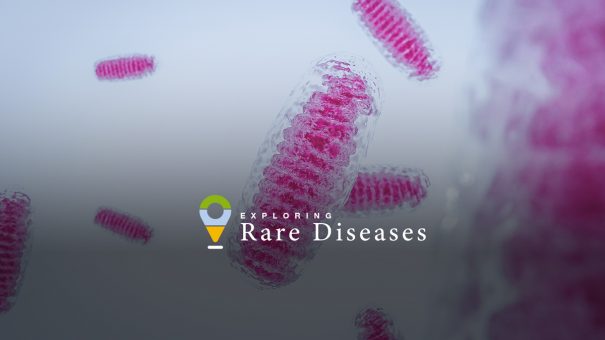 Lily was a happy, contented baby, and her parents had no cause for concern until she went for her two-year check and was put on a pathway to diagnosis.

She is now 11, “healthily unhealthy”, and has just started secondary school. On the surface things are going well, but it has been a difficult journey for the family.

“Lily was a normal baby, and she met all the normal milestones,” says Michelle. “It was only when she was coming up to two that that we started to see issues that we weren’t really happy with.

“There was a delay in getting her two-year check, but when we did, she was referred to the Child Development Centre.”

Initially, they were told Lily probably had cerebral palsy, but as she continued to develop her healthcare team decided she needed further assessment. What followed was a litany of tests and invasive procedures as doctors tried to get to the bottom of her symptoms.

Michelle said: “She was walking, then she had a CT scan, and stopped walking. That obviously rung alarm bells. She had a lumbar puncture, a muscle biopsy, various scans. She had three general anaesthetics in the space of seven weeks.

The internet told us some very disturbing things: that my child wouldn’t live past the age of five or that children don’t really live longer than two years after diagnosis.”

“In August 2011, they said it was a form of mitochondrial disease, but didn’t know what one at that point. They just said it was a neurodegenerative, progressive disease, very similar to Parkinson’s.”

Lily was kept in hospital for a week where she was treated with IV vitamins, then the family were discharged with no further information.

“It was a total shock. We were just sent away from the hospital; we did not know anyone else who had it and we were very much in the dark about what was going to happen. We were on our own,” says Michelle.

“Where do you turn apart from Google? The internet told us some very disturbing things: that my child wouldn’t live past the age of five or that children don’t really live longer than two years after diagnosis.”.

It was at this point that Michelle discovered Lily’s Foundation, a patient advocacy group established by Liz Curtis in memory of her own Lily, who died from mitochondrial disease at just eight months old.

Through the foundation, which Michelle actively fundraises for, the Bambers have met other families who are affected by mitochondrial diseases and have been able to access evidence-based information and support.

Mitochondrial disease, or ‘mito’, is an umbrella term for a group of medical disorders caused by mutations in the mitochondria, or the cell “powerhouses”, she explained.

The genetic condition affects different people in different ways, and the symptoms might include seizures, fatigue, vision and hearing loss, cognitive disabilities, respiratory problems, and poor growth. It can affect any of the body’s organs and systems, including the brain, heart, lungs, gut, liver, and skin. Crucially, there is no cure, and while work is ongoing to develop pioneering genetic therapies, the current standard of care relies heavily on symptom management.

That’s what makes the support provided by Lily’s Foundation invaluable, says Michelle, who explained that Willow, who was born in 2013, had been diagnosed at just four months in part due to the family’s new-found awareness of the signs.

“Usually, the foundation put on family weekends so all the families can come together. The kids go off and have fun with the volunteers at the kids’ clubs.

“The parents have lectures from the mitochondrial specialists and get all the latest advice and news on what’s happening in the medical world.”

While the charity has not been able to host such events during the COVID-19 pandemic, it has been able to offer support to many more families thanks to a sudden uptick in awareness.

Back in May, the son of long-standing Coronation Street characters Leanne Battersby and Steve McDonald, Oliver, was diagnosed with mito after suffering seizures.

“That’s, obviously, creating a good bit of awareness and phone calls to the Lily Foundation have really increased. More people have been welcomed into the Lily family and are not living on their own with whatever their child’s going through anymore,” says Michelle.

She also hopes the storyline, which the charity and specialist doctors were consulted on, will help to address a lack of awareness among healthcare professionals that can often result in delayed or incorrect diagnosis.

“A lot of people report that they are having seizures and are diagnosed with having epilepsy, for example. Sometimes it can take a long time to get to that bigger picture and see that a patient has this, this, and this and that it is all because of mitochondrial issues,” Michelle explains.

Asked what parents who suspect their child has a rare disease like mito should do in this situation, Michelle said they should “trust their gut”.

“If you think there’s an issue, then keep talking to the doctors. Unfortunately, a lot of people find that they’re not listened to – they have to keep going back and keep insisting that things aren’t right,” she says.

For more information about the Lily Foundation, click here.

← Cecily Morrison - Inclusive Design is About Taking a Disability-first Approach
×