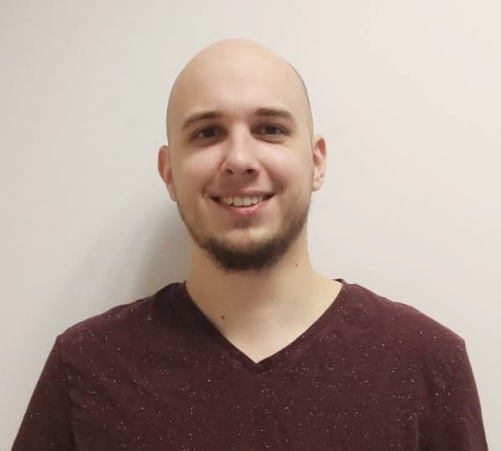 Originally from Moscow, Russia, Nikita moved to the UK 5 years ago to do a BSc in Manchester studying biochemistry. He then moved to Cambridge to do an MPhil and subsequently start a PhD in the laboratory of Professor Stefan Marciniak at CIMR. He studies the rare genetic disorder called alpha1-antitrypsin deficiency and namely changes in the cellular structure called endoplasmic reticulum that occur as a result of the disease. He was always interested in science and namely cell biology and now research in this field allows to increase the understanding of the disease and potentially develop the cure.

Nikita’s talk
Nikita joins a panel discussion with fellow researchers at CIMR, Eimear Rutherford, Dr. Jennifer Dickens and Professor Stefan Marciniak who will all talk about their research into rare lung diseases at the Cambridge Institute of Medical Research. The panel will be compered by Public Engagement Coordinator, Jess Bartlet, and will be open for audience questions.

Who is your hero and why?
All the scientists of the end of 19th – beginning of 20th century, that were using simple techniques to establish the fundamentals of the nanoworld. Creativity of their genius minds impresses me every time I think about it.

Where is your favourite place in the world and why?
My country house back in Russia.

What is your greatest achievement?
Starting from Russia and progressing through my education. This resulted in reaching Cambridge as one of most advanced places of science in the world.

What is your wish for the future of rare disease?
As a field of science, rare disease should open in communications with patients to show the advances that are achieved in the process of developing therapies for rare diseases.