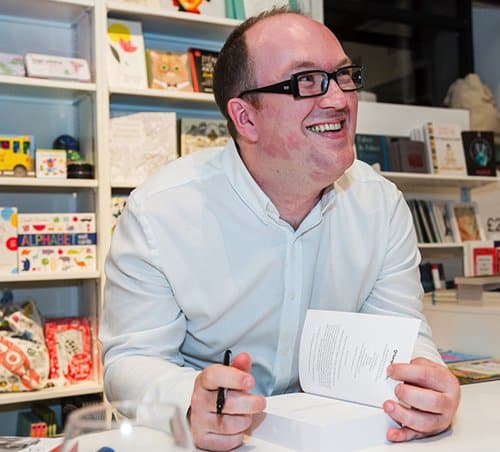 Me, Myself and Eye: Being Rare

Talk synopsis: Wyburn-Mason syndrome. Ever heard of it? Dan Jeffries has, and his talk ‘Being Rare’ explores what it’s like being born with one of the world’s rarest medical conditions — to then find out you have another one.

Bio: At 4 years old, Dan was diagnosed with a rare AVM called Wyburn-Mason Syndrome which affected his left eye and mid-brain. By 10 years old he was pronounced completely blind in that eye. And then – as he turned 30 – he was diagnosed with Acromegaly: a benign tumour growth in the pituitary gland.

In 2015, Dan published his memoir – Me, Myself & Eye – which tells the story of growing up with a rare disease and the impact of being diagnosed with Acromegaly. Dan has appeared on various TV documentaries, radio interviews, told his story to Pfizer and helped with awareness campaigns for Novartis. He is also a Volunteer Ambassador for The Pituitary Foundation and has recently been nominated for a Global Genes RARE Champion of Hope award.