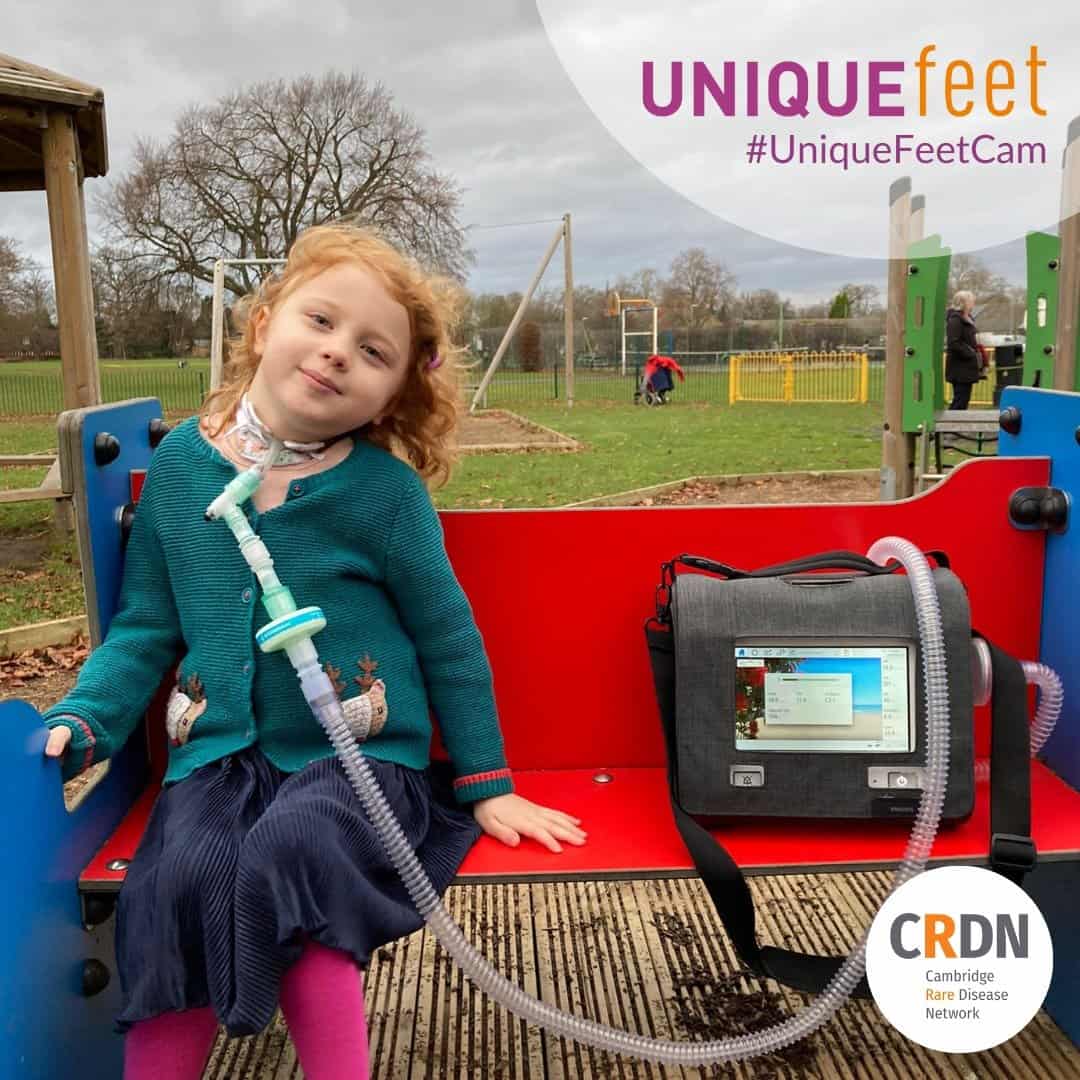 Pheobe attends mainstream school and is a funny, imaginative and confident little girl who loves role play games and adores her big sister.

About Phoebe
Both girls like singing and dancing and generally being silly together. Alice was 5 when Phoebe became ill and this had a huge impact on family life. We try to be as adventurous as we can with all the equipment Phoebe needs. The ventilator means we can never be too far from home or a plug socket. We go for short adapted bike rides (Will is a keen cyclist) we eat lots of cake (I’m a keen baker) and we love a kitchen disco.

Acute Flaccid Myelitis (AFM)
Pheobe has a rare condition clled Acute Flaccid Myelitis (AFM). It’s a neuro immune disorder that has been described as a “polio-like illness” in the media because it is thought to be triggered by a viral infection similar to polio. We don’t know if there is a genetic cause behind this immune response but the condition is linked to certain viruses that are benign in most children. With AFM the spinal cord becomes damaged and this results in rapid muscle weakness, and in Phoebe’s case, paralysis on her right side. She now requires a tracheostomy and ventilator to breathe and has recently had corrective surgery for her severe scoliosis. She was previously fit and well before her diagnosis in 2018 so the last few years have been a very steep learning curve!

Phoebe and her family are members of CRDN’s Unique Feet group supporting children with rare diseases and their families.