In Conversation With ~ Jon Bolding 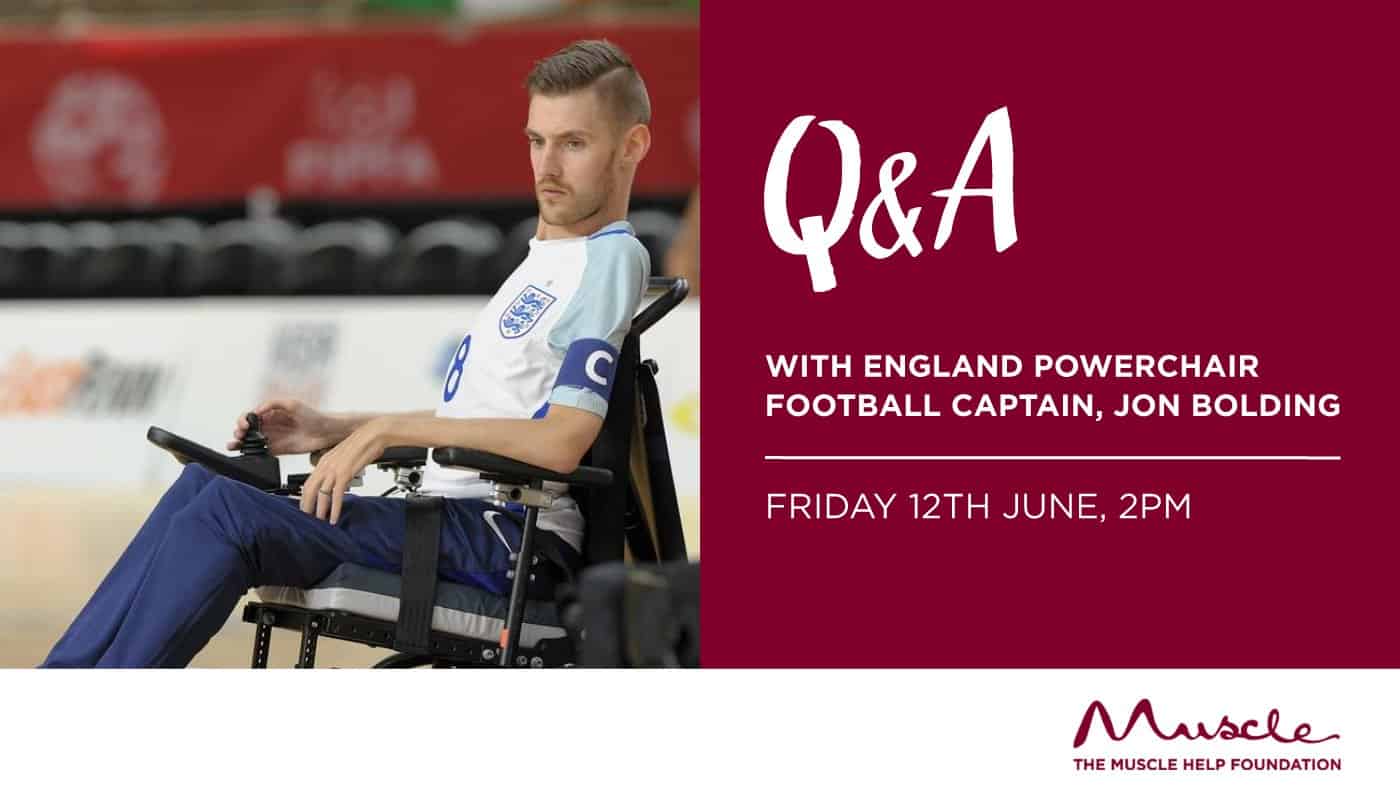 Join The Muscle Help Foundation for the 3rd episode in our series of informal, online broadcast interviews with different guests and personalities ~ next up, we’re thrilled to be joined by England Powerchair Football Captain, Jon Bolding.

Introduced to the sport of Powerchair Football aged 13, Jon has become one of the world’s leading Powerchair Football players and is currently the most decorated player in the UK. In addition to England Captain, he is also the current Captain of Aspire Powerchair Football Club winning 7 league titles and 5 WFA Cups. Having played in Japan, America, Portugal, France and Denmark, Jon has been a part of every England Squad since he started playing 18 years ago, last year leading England to win the European Championship in a dramatic penalty shoot out.

We’ll once again be bringing alive our #StrongerTogether ethos by streaming live across our Facebook and YouTube channels, enabling all Muscle Warriors across the country to engage, stay connected and ask Jon all the questions they’ve ever wanted to ask an England Captain!