Tackling the rare disease conundrum with passion, innovation and investment

The level of passion for making a difference among all those working in rare diseases is incredible, but it is no doubt led by the patients and their families themselves, each with their own unique story. But it is the ability for these individuals to truly empower themselves and cross the bridge from patient/carer to researcher, communicator and innovator that never ceases to amaze me.

Take the example of Matt Might whose response to his son’s initially undiagnosed condition was to secure funding for his entire genome sequencing and identify a completely new rare disease cause by a mutation in the NGLY1 gene. Since then, he has built a global community (NGLY1.org), which has so far identified 39 patients around the world, accepted a Visiting Professorship at Harvard Medical School and is now actively leading the race to find a drug that can be used as an effective treatment.

His opening keynote set the tone for the entire day and his experience is reflective of many others who are taking the same proactive steps and not waiting for others to bring the medicine to them. Nick Sireau, one of the CRDN founders and Chairman of the AKU Society and Findacure, is another good example in the work he has done to identify a treatment for his two sons, who have alkaptonuria (AKU), also known as black bone disease.

Innovation comes in many forms, but drug development is at the core of it 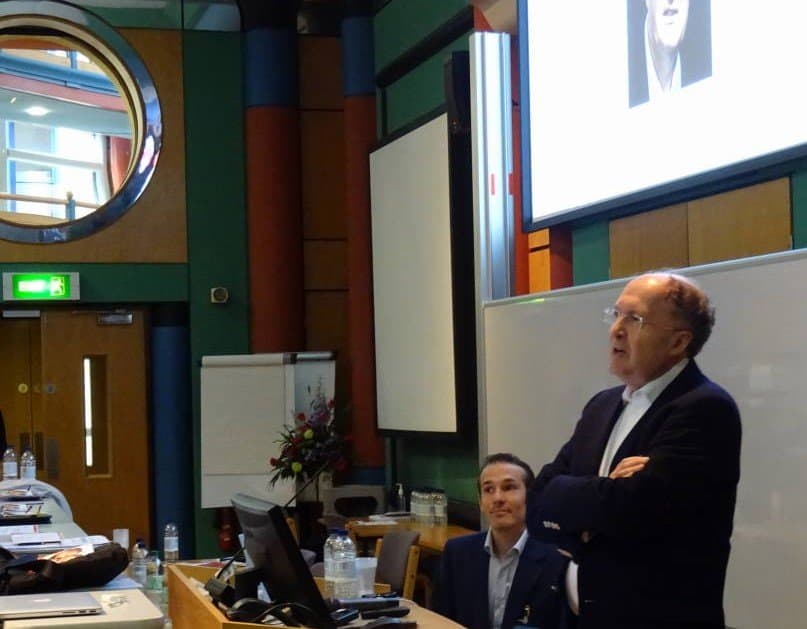 Such passion needs to be combined with innovation to help find solutions to the problems that rare disease patients and their families face. Innovation comes in many forms, but drug development is at the core of it and the Summit featured several notable scientific researchers sharing their experiences.

Professor Sir Greg Winter, cofounder of Cambridge Antibody Technology and local to Cambridge as Master of Trinity College, explained the science of synthetic antibodies and their critical role in treating diseases where the genetic pathways are well understood, including their developing application in rare diseases. His current focus is on bicyclic small peptides, which could hold the same therapeutic potential as antibodies, while being able to permeate cells more easily owing to their small size and being cheaper to produce. A later speech by Professor Steve Jackson, also locally based with his work at The Gurdon Institute, presented equally dazzling science into the mechanisms of DNA-repair pathways. Although early application has been in cancer treatment (Jackson was a founder of KuDOS Pharmaceuticals, which developed olaparib and was later acquired by AstraZeneca), the potential is much broader and his work touches on rare diseases such as ataxia. 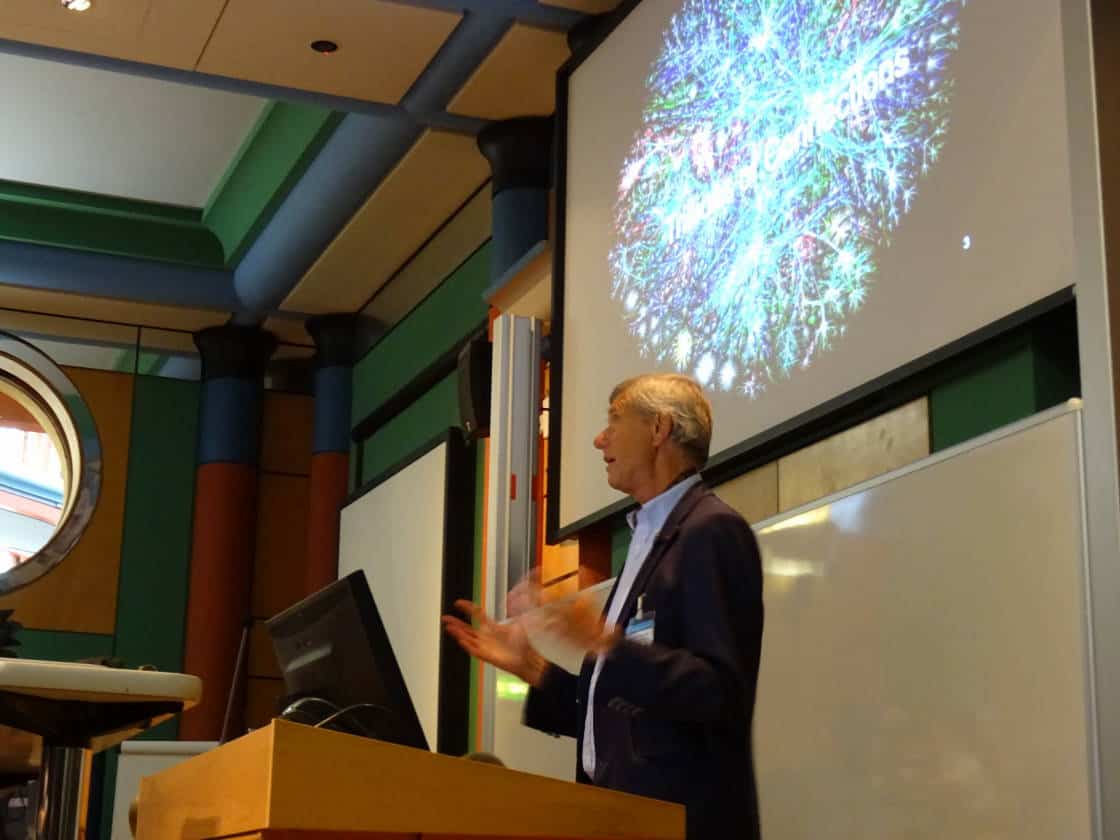 One topic for the day was the idea of ‘repurposing’ – taking existing drugs for more common conditions and securing approval for them to be used as a rare disease therapeutic. This has been a core focus for the work of the aforementioned champions like Matt Might, but more systematic initiatives are now underway with platforms like  www.cureaccelerator.org. Dr Bruce Bloom, President of Cures Within Reach, the organisation behind Cure Accelerator, also outlined how they are trying to work with the generics industry as a whole to support drug repurposing.

While charities such as MRC Technology are working tirelessly to help fund the transition from research to treatment and there is a sense that more funding is flowing in the direction of this area (something also covered by Professor Steve Jackson), there is a clear need to explore novel funding mechanisms. This was covered during an interesting session on ‘alternative funding strategies’, which included crowdfunding and the growing area of impact investing, where investment is made not just on the basis of expected return financially, but also what ethical impact the work will have.

Ultimately, it is clear that the involvement of commercial companies in rare diseases is critical to accelerate the race to find cures. Financial incentives are part of the solution here, but also needed is the realisation that a rare disease indication can provide a good ‘foothold’ for approval as a precursor to approval in a broader range of indications. In addition, the experience gained from working in the microcosm of rare diseases could also have much broader benefits, as personalised medicine holds the potential to ultimately segment common conditions into clusters of rare diseases. 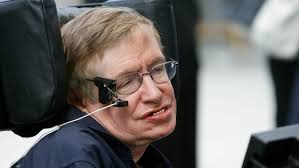 A closing video keynote from none other than Professor Stephen Hawking reminded us all of the importance of continued activity in tackling the challenges of rare diseases. Hawking, who was diagnosed at a young age with amyotrophic lateral sclerosis (ALS), a motor neurone disease, has defied the odds in staying alive, but how many brilliant minds have been lost too early under similar circumstances? I would challenge any health economist to calculate the benefits of investing in rare disease treatment in that context

← Prof Stephen Hawking to address summit on rare diseases Collective intelligence at the Cambridge Rare Disease Network →
We use cookies on our website to give you the most relevant experience by remembering your preferences and repeat visits. By clicking “Accept”, you consent to the use of ALL the cookies.
Cookie settingsACCEPT
Manage consent