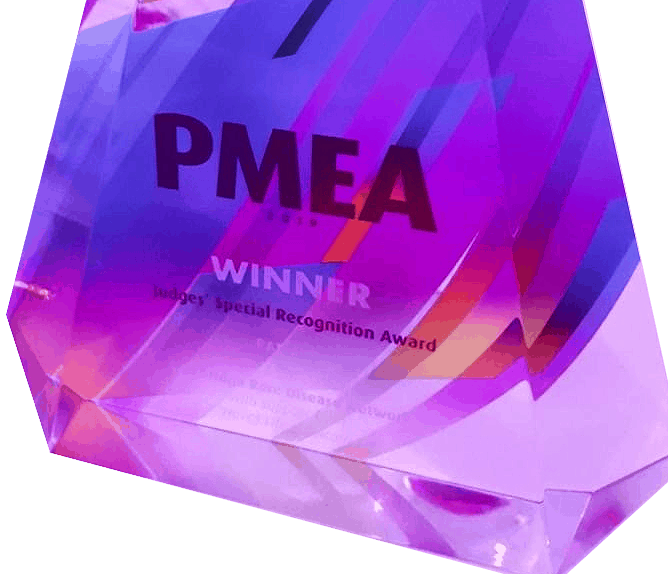 We are feeling very humbled and proud to have learnt today that Cambridge Rare Disease Network (CRDN), with the support of med comms company Havas Life Medicom, were awarded winners of a ‘Judges Special Recognition Award’ at the Pharma Market Europe Awards #PMEA2019 last night.

The impressive achievements in pharmaceutical marketing excellence were recognised at the annual PMEAs at the Royal Lancaster London Hotel, with the exciting introduction of a new award for 2019.

The annual PMEAs, now in its 19th year, had its highest number of entries yet, with the largest range of companies entering the competition in almost two decades. This was reflected in the number of attendees at the event, with an impressive 430+ industry professionals present on the night.

Keynote Speaker Mark Ormrod, an ex-Royal Marine, Invictus Games competitor and author, kicked off the night with a moving and inspiring view of his life since being injured. The main awards ceremony was hosted by broadcaster and presenter Fergus Walsh, who caught everyone’s attention with images of his brain scans!

There were a total of 15 categories this year – the entry criteria and categories are reviewed each year to reflect the ongoing changes in the dynamic healthcare landscape. In addition to the main categories, there was also a surprise award this year, The Judges’ Special Recognition Award, which reflected the impressively high standards of the entries received.

It is wonderful to see a small charity such as ours being recognised with a Judges Special Recognition Award for our RAREfest18 arre disease inspired festival at such a prestigious event.

This year, the judges decided that they wanted to recognise two particular entries that stood out as interesting, fresh and different. Both these entries had great merit beyond the criteria for the categories in which they were entered. They both demonstrated breakthrough thinking and facilitate hope for future care. The two winners of this impressive award were Cambridge Rare Disease Network and Havas Life Medicom for their entry RAREfest, and King’s College London and Four Health for the GLAD I Took Part campaign.”

We hope this inspires others to see that with creativity, self-belief, passion, probono support and sponsorship from companies, and a huge team effort, we can all achieve great things for those affected by hashtag#RareDisease This award is for all of those who took part – the Cambridge Rare Disease Network (CRDN) and Havas Life Medicom teams, Suzanne Morris, Lindsey Brown, Kay Parkinson, Natalie Electra Karaminas, our Unique Feet children’s group and their families, our speakers, exhibitors, volunteers, film-makers, schools poster competition entrants and artists. 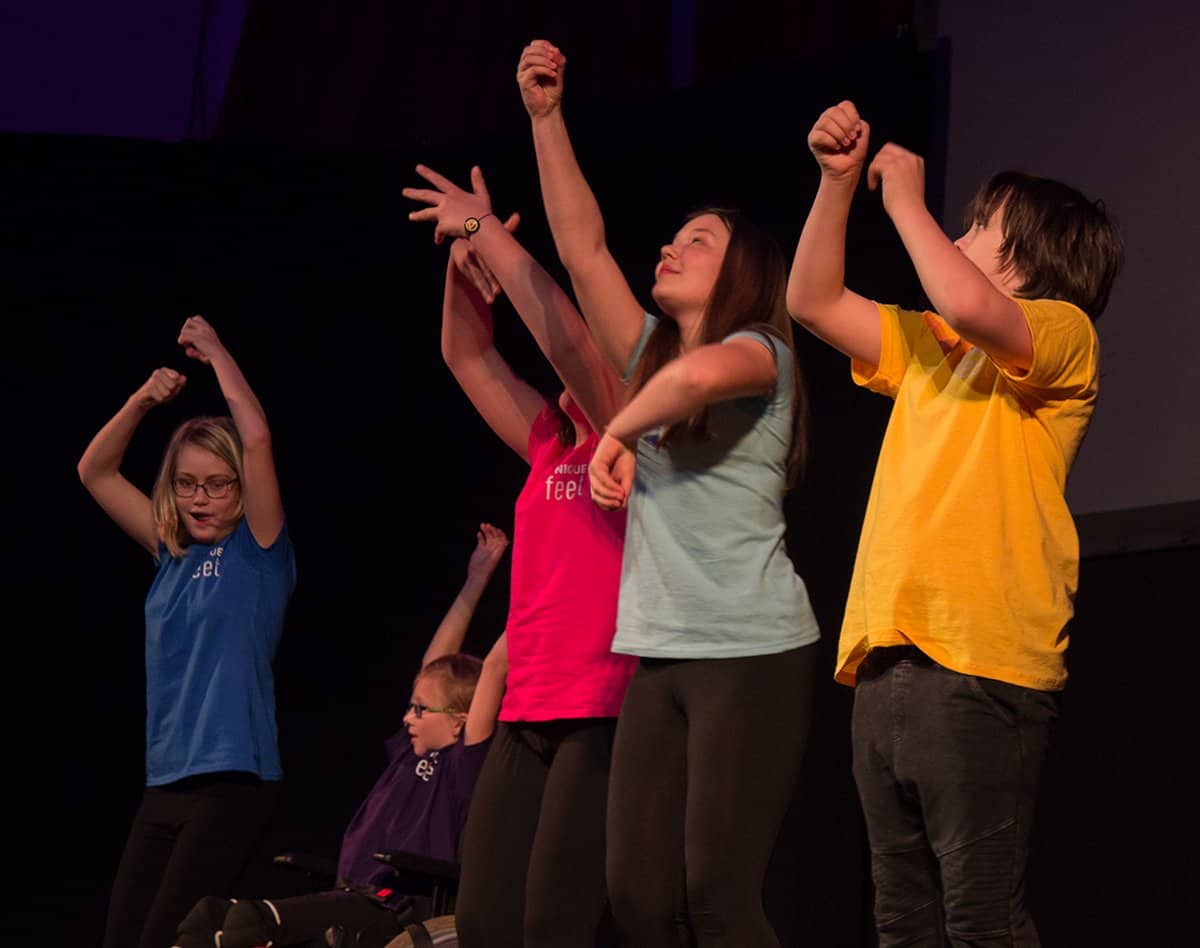